You are here: Home / Blog / Marriage Story: An Attorney’s Perspective

As someone who works directly with the process of divorce, I looked forward to seeing Netflix’s Marriage Story.

Director Noah Baumbach’s film centers on the divorce of couple Nicole (Scarlett Johansen) and Charlie (Adam Driver), as well as the effect divorce has on their son Henry (Azhy Robertson).  I was greatly moved by the film.  While not every part of the movie was realistic, its ability to capture so many of the nuances and complexities of a relationship and a family going through divorce was very powerful.  The film took viewers into a deep dive of the complexity involved in dissolving a marriage, including how to go through the process and the challenges that brings to a family, but also what happens at the other end when it’s time to move forward: after unwinding your family, you restructure it in a new way.

Watching Charlie and Nicole choose to go down the litigation path was hard to watch.

So often, when cases go the litigation route, I feel it is a shame.  Most of the horror stories you hear about divorce come from the litigation process, and so many could be avoided.  It’s always important for me to let my clients know that divorce doesn’t have to be this way.  There are other options that can prevent divorce from turning into a negative, destructive experience.  There are alternatives to get through the difficult process of divorce in a constructive and supportive manner.  Mediation and Collaborative Divorce provide better alternative for how to navigate through the divorce process in a confidential way that maintains respect and preserves relationships and assets.

From an attorney’s perspective, I found some parts of the movie very realistic, while others were less so.

There is a scene in the courthouse where Nicole’s attorney and Charlie’s attorney are each looking for any information they can dig up and spin into a negative anecdote to use as a grenade to lob against the other side.  I find that realistic of many litigated divorces.  However, there is another scene where family law attorney, Nora (Laura Dern), sits down on the couch with Nicole at the first consultation and is cozying up to her, crossing normal personal space boundaries.  I didn’t find this realistic, and thought Nora crossed some pretty basic professional boundaries.

One part of the film that made attorneys look bad, but that I think is realistic, is the way it depicted how an attorney can escalate a divorce with his/her own ego or agenda.  There is a scene in the kitchen at a birthday party where Nora tells Nicole that she got her custody of Henry with slightly more than a 50% timeshare.  This wasn’t something that Nicole had wanted, but the attorney wanted it for her.  Attorneys should not be making decisions for their clients without their direction and consent.

In any divorce procedure, it is important for lawyers to be involved because ultimately it is a complex legal process.

But while legal counsel is needed to accurately draft documents, explain the legal procedure, inform clients of their legal rights and claims, and provide guidance through the process, you should expect more from your attorney.  You should choose to have a lawyer who will handle your divorce in a way that will not polarize or divide the family but will empower you to make decisions on how to unwind the marriage and move forward.  You need an attorney who understands that divorce is not a battle to be won or lost.  Mediation and Collaborative Divorce provide supportive alternative for divorcing couples who are not looking to wage work, but instead want to preserve their confidentiality, financial resources, relationships and protect their children as they restructure their family.

Marriage Story is resonating with my clients, and I recommend watching it, so long as you remember that the path your divorce takes doesn’t have to be like Nicole and Charlie’s, there is a better way. 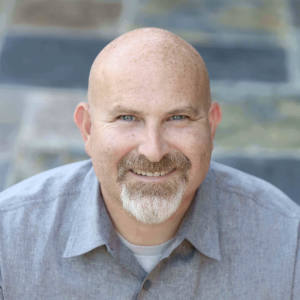 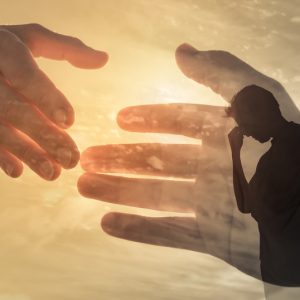 What Does a Divorce Coach Do in a Collaborative Divorce?

Divorce is an emotionally difficult process. This is true even if both spouses want the divorce. The divorce process can be less stressful for couples that choose the Collaborative Divorce process. END_OF_DOCUMENT_TOKEN_TO_BE_REPLACED